The jijin - 祭巾 (which literally means a sacrifice or 'festival" towel, wrap or head cover) is a square hat, worn by Catholic priests and missionaries in China during the late Ming (ca. 1615) and the Quing Dynasty (1644-1911).

In a writ (brevis) of 25th of January 1615 Pope Paul V allows the Jesuit missionaries to wear the jijin during the religious ceremonies. Mainly the following two reasons were essential for the Pope to agree:

1.
In Norhern China it was very cold, so it was a question of comfort and to avoid illness. Remember that in China during this period men wore their head completely shaved with only a pigtail.

2.
The missionaries adapted themselves (as well for reasons of prudence) to the Chinese customs and morals. In China to have his head uncovered was a sign of humiliation and contempt (scorn). The subject always covered his head in presence of the superiors, even if it was the emperor. How to explain the faithful to be uncovered in the presence of Jesus Christ?

Jijin were most commonly seen during the 19th and very early 20th century. By the 1920's it began to disappear as Western clerical garb became common. End of the 19th century the Holy See asked the clergy not to relaunch the jijin again where it was abolished.

Jijin are made of heavy brocaded silk, with a leather headband that is slightly adjustable via a pair of ties on the open corner. 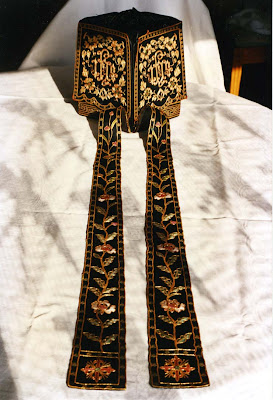 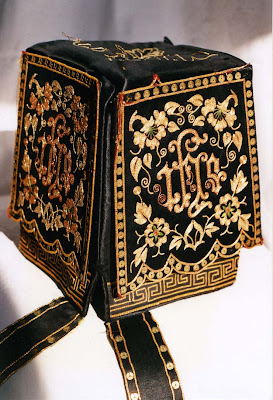 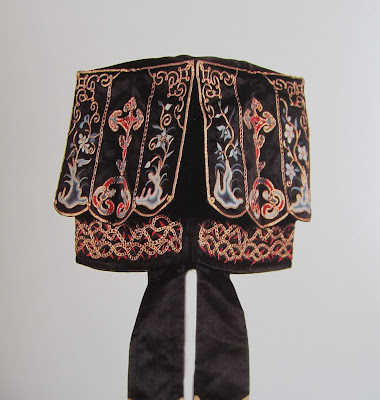 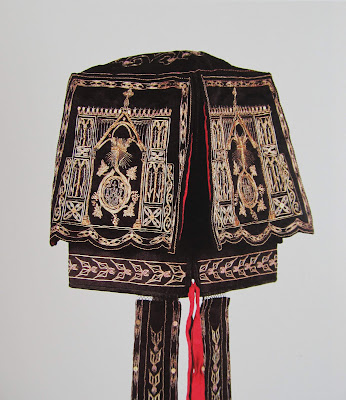 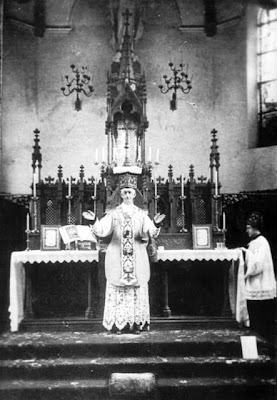 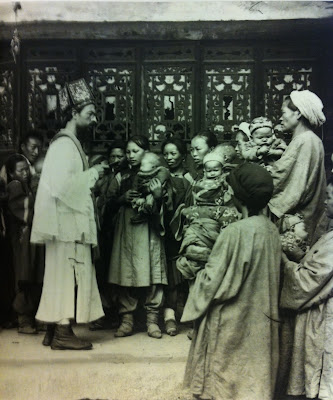 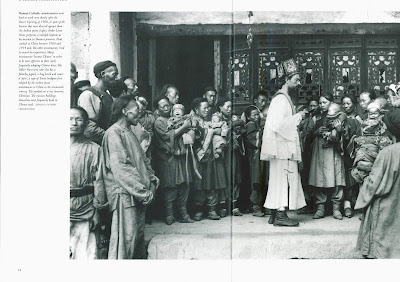 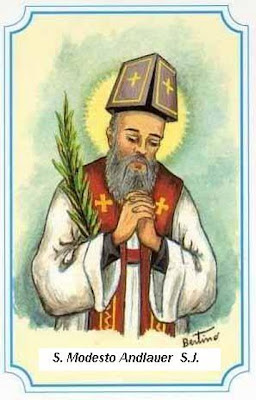 Noël Golvers & Sara Lievens, eds., A Lifelong Dedication to the China Mission: Essays Presented in Honor of Father Jeroom Heyndrickx, CICM, on the Occasion of his 75th Birthday and the 25th Anniversary of the F. Verbiest Institute K.U. Leuven, Leuven: Ferdinand Verbiest Institute, 2007, pp. 207-326: “The Holy Mass in Seventeenth and Eighteenth Century China: Introduction to and Annotated Translations of Yu Misa gongcheng (1721), Manual for Attending Mass”

Acknowledgements
Many thanks to:

for their kind and competent support.