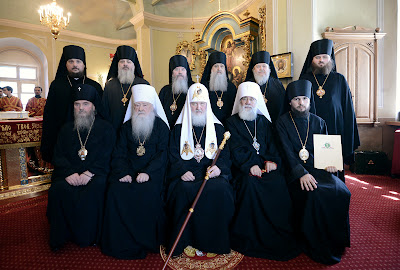 1.
In the middle:
Kirill I, Patriarch of Moscow and all the Rus' and Primate of the Russian Orthodox Church
wearing a white kukulija (Cucullus,Koukoulion,Куколь)

2.
To his right an left:
Metropolitan Bishops
wearing a white klokuk with cross on the forehead
A white klobuk is worn by all metropolitan bishops depending from the Moscow patriarchate.
And it is worn only by the primates of the Serbian, Bulgarian, Finnish, Estonian and Romanian Orthodox Church and of the Orthodox Church of America (OCA).

3.
First row, left:
Archbishop
wearing a black klokuk with cross on the forehead

Russian tradition:
The klobuk has a conical kamilavka (Камилавка) as base with a veil fixed attached to the kamilavka.

In general you can distinguish between:

- decoration (cross or without cross) on the forefront
Only dignitaries of the Russian tradition decorate their klobuk by a cross made out of precious stones. The cross normally has only one crossbar with exception of the cross of the Metropolitan of Minsk and Slutsk.
Dignitaries coming from the Greek tradition do not decorate their Epanokalimmavko(n) with a cross. Exeptions may occur.
If you want to know it more in detail, please have a look at the
Orthodox Hat Chart 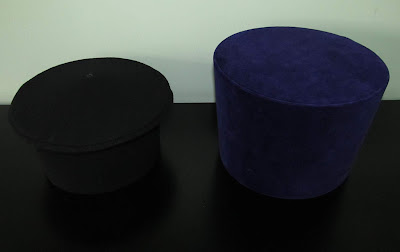 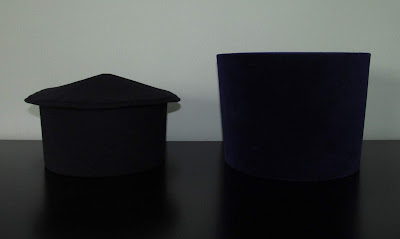 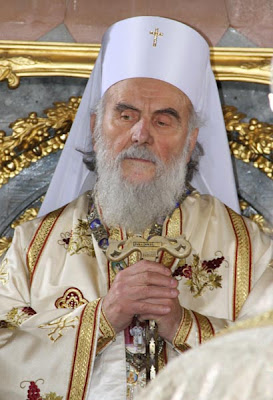 His Holiness Irinej,
Archbishop of Pec, Metropolitan of Belgrade and Karlovci and Patriarch of the Serbian Orthodox Church
White klobuk (veil is permanent attached) with golden cross 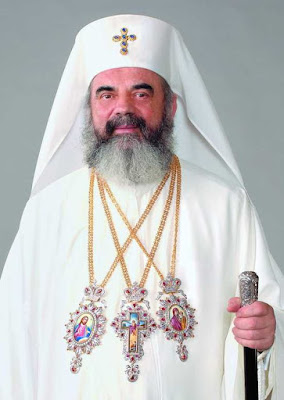 His Holiness Daniel,
Archbishop of Bucharest, Metropolitan of Muntenia and Dobrudgea, Locum tenens of the throne of Caesarea of Cappadocia, Patriarch of Romania
White Epanokalimmavko(n) [επανωκαλύμμαυκο(ν)] with cross 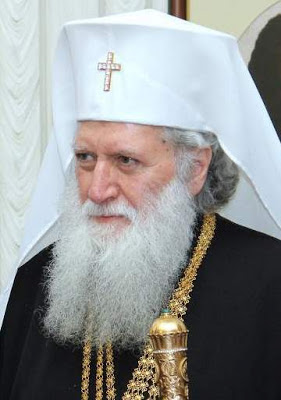 His Beatitude Patriarch Neophyte,
Head of the Bulgarian Orthodox Church 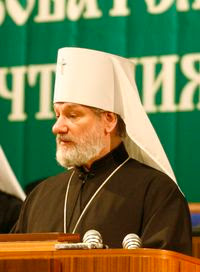 His Beatitude Metropolitan Krystof,
Primate of the Orthodox Church in the Czech Lands and Slovakia
White klobuk (veil is permanent attached) with golden cross 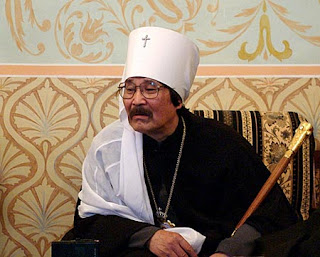 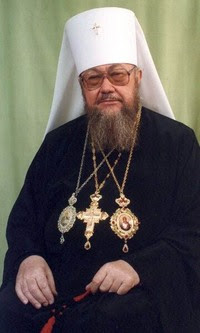 His Beatitude Sawa,
Archbishop of Warsaw and Metropolitan of All Poland,head of the autocephalous Church of Poland
White klobuk (veil is permanent attached) with golden cross 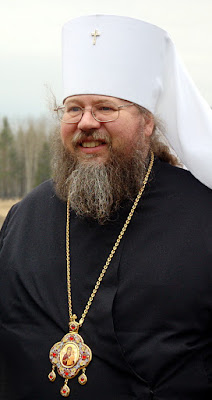 (c) picture: Masslim
Jonah (Paffhausen), Archbishop of Washington, Metropolitan of All America and Canada and  primate of the Orthodox Church in America (OCA) from 2008 to 2012
White klobuk (veil is permanent attached) with golden cross 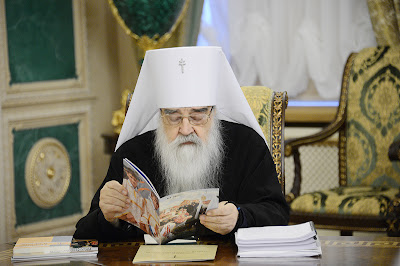 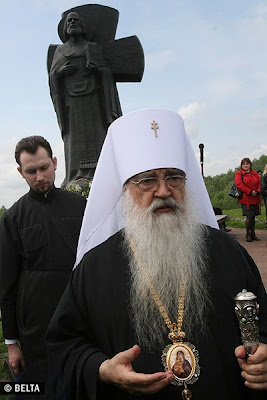 Philaret (Vakhromeyev)
Metropolitan of Minsk and Slutsk, Patriarchal Exarch of All Belarus and leader of the Belarusian Orthodox Church
White klobuk (veil is permanent attached)
Cross with a smaller crossbeam (sign INRI) used by the Jagiellonian Dynasty in Poland. This cross now features on the coat of arms of Lithuania and in former times also the coat of arms of Belarus.  It reminds of the Belarussian Saint Euphrosyne of Polatsk, who wears a cross with 2 crossbeams on her hood, too. 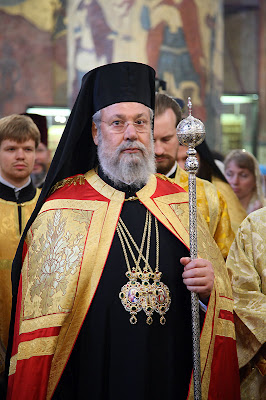 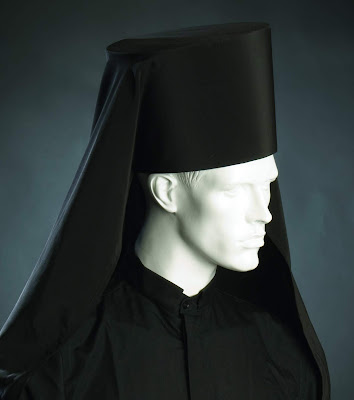 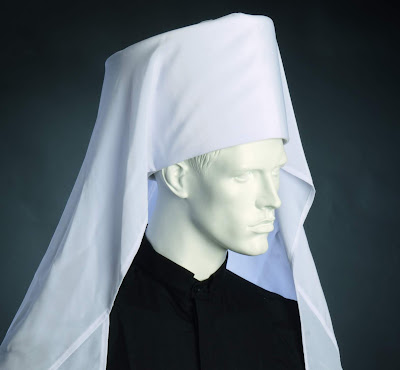 To Start a Conversation with another Person

This extraordinary biretta lies on the desk of a catholic priest in Florida, USA.
It has only one task: to start a conversation with another person!

After seeing this biretta his vistors often ask him questions about this funny looking headgear. Then, as a biretta aficionado, he can talk about using the biretta in church.

What a pity that the wonderful article "Das Birett - Sein aktueller Gebrauch" (The Biretta and its Use Nowadays) written by Marin Raffelt is not available in English.
It would be very delightful for every biretta enthusiast, who believes that the biretta is symbolic of centuries-old tradition, much of which has been lost in the surge of liturgical reform since the 1960s. 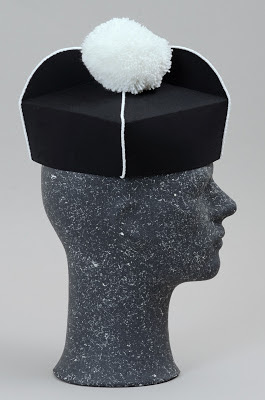 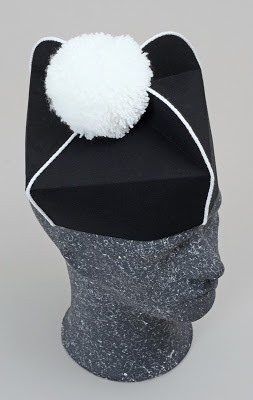 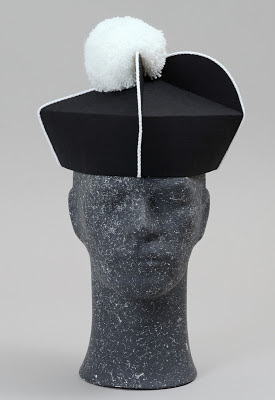 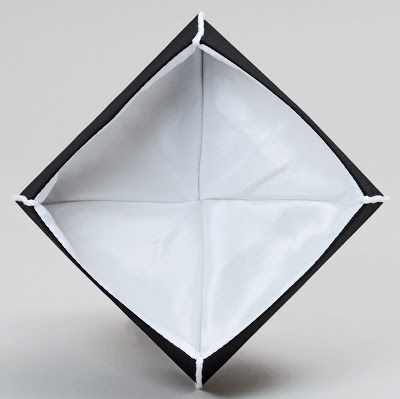 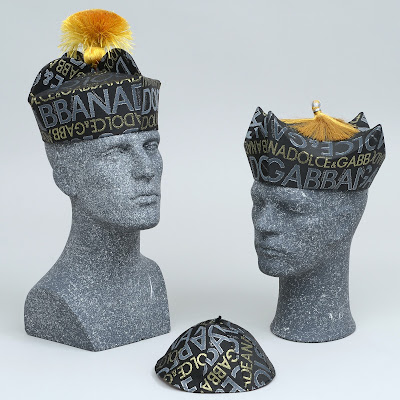 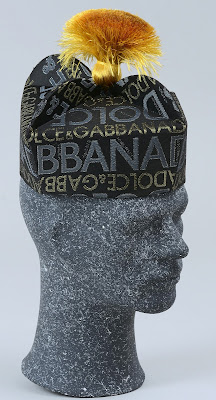 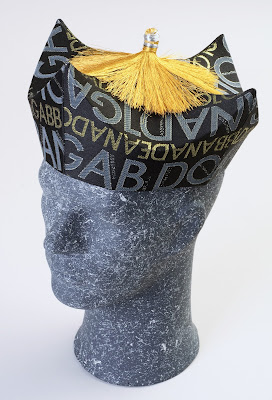 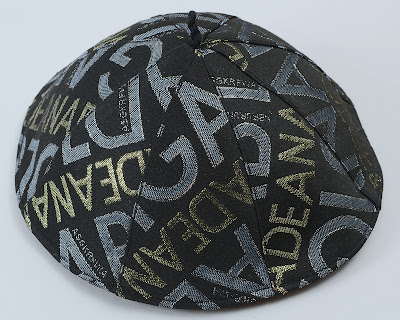 The Protestant Barett - Looking for pictures

I was looking for pictures showing a protestant priest wearing a barett.

I only found the following picture: 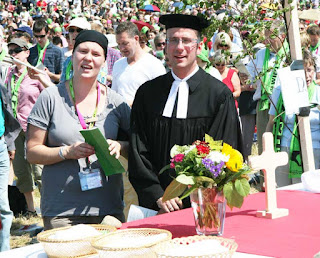 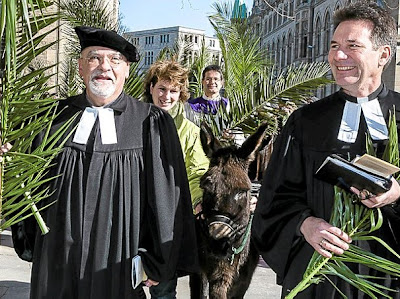 I don't know why I couldn't find more pictures?
Do you have some pictures?

I would be happy if you would share them with me.
You can contat me via the contact form.
um 5:40 PM 0 Comments