Head Coverings of the Kawasses

In April 2011 I wrote an article about the
Barett of the Kirchenschweizer.
In Jerusalem you can see something similar:
The kawass (or kavas, chawwas, qawwās, کاواس)

Today kawasses  are men which protect in a symbolic way a Christian procession in Jerusalem.
During the Ottoman empire the kawasses were some kind of:
guards of honour
protection officers (bodyguards)
armed constables or couriers
consular guards in the countries of the eastern Mediterranean
The original Arabic word "qawwās" means bowman. 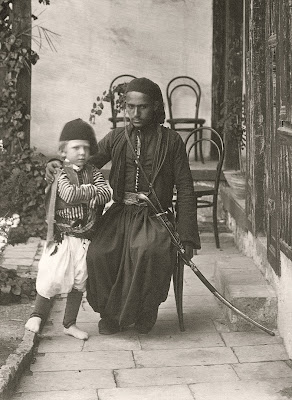 © picture: Flickr
An Arab kawass (an Ottoman Lieutenant assigned to all foreign travellers) seated in a garden of a Jerusalem house with a little boy in his care.﻿
um 10:18 AM 0 Comments

During August I made some holiday in Merano, South Tyrol, Italy.
In the Jewish Museum I saw three cantor hats on display. 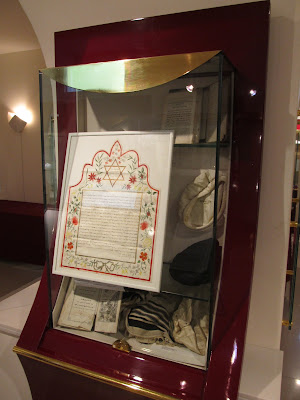 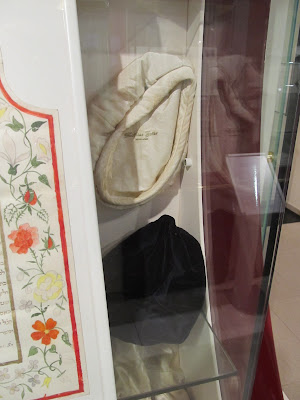 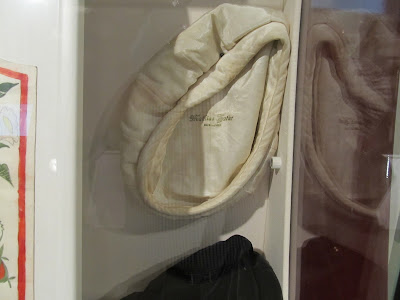 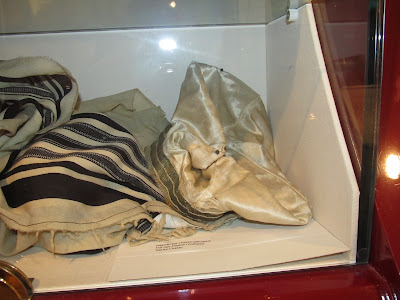 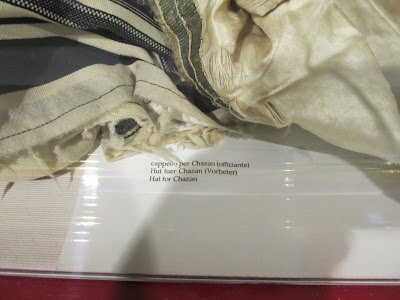 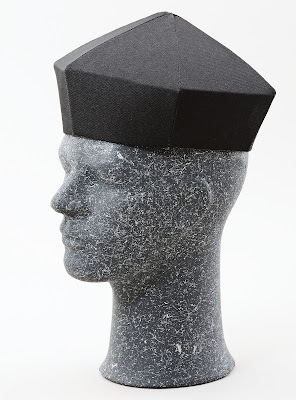 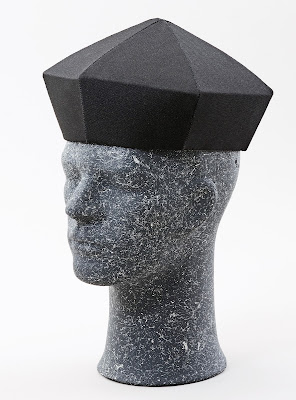 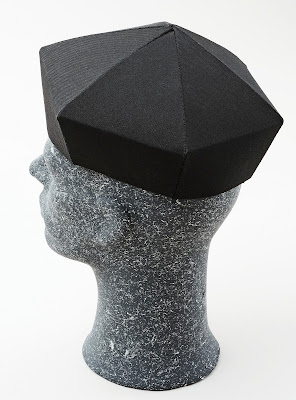 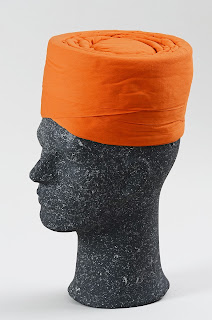 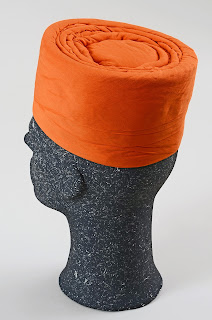 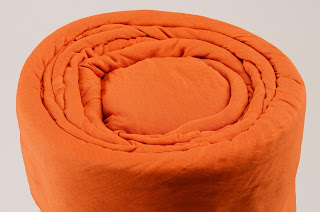 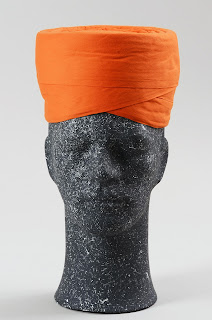 The pagh (pronounced ‘paagh’; પાઘ) is a traditional head covering worn by all sadhus of the Swaminarayan denomination of Hinduism.The denomination was founded in the early nineteenth century by Bhagwan Swaminarayan in western India.

A pagh is made from a simple, very fine piece of cotton fabric, measuring around 100 inches by 100 inches, which is tied around a head covered by a small skull-cap. The tying itself is something of an art form, because it employs no stitches, pins or fasteners, yet a pagh can remain firm and intact for years.

The pagh is worn by Swaminarayan sadhus when they go outside of the temple on official religious duty, and also during special rituals and assemblies. The orange or saffron colour of the pagh matches the untailored robes worn by sadhus. Saffron is a colour which is traditionally associated in Hinduism with sacrifice and renunciation. It also symbolises fire. Sadhus are reminded by their saffron attire to burn their worldly desires and remain fervent against enticements which might distract them from their service to God and Society.
An article about the Garam Topi (ગરમ ટોપી),the winter hat worn by His Holiness Pramukh Swami Maharaj (પ્રમુખ સ્વામી મહારાજ) you can find here. 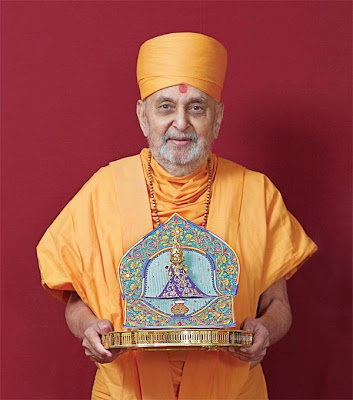 His Holiness Pramukh Swami Maharaj (પ્રમુખ સ્વામી મહારાજ)
the Guru of the BAPS Swaminarayan order of the Swaminarayan tradition.
He is wearing a traditional Hindu pagh and holding a small metallic sacred image of Bhagwan Swaminarayan. 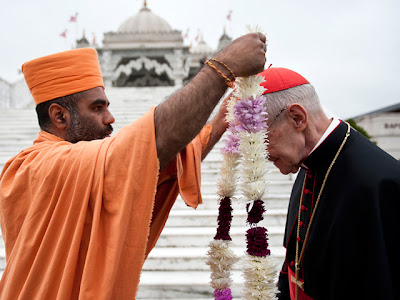 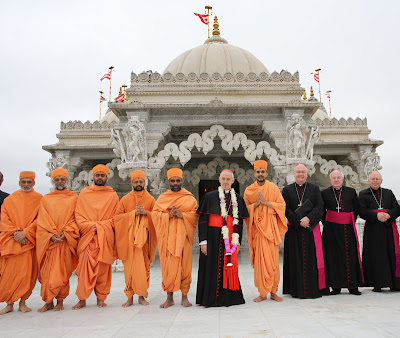 Visit the BAPS Shri Swaminarayan Mandir, when you are in the London area: 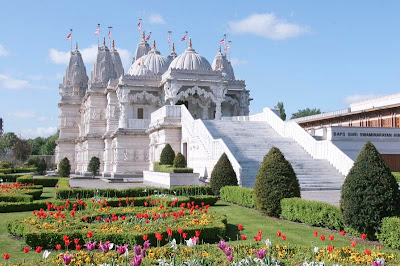 Nice movie about the papal tiara
﻿

About the tiara of H.H. Pope emeritus Benedict XVI
read: 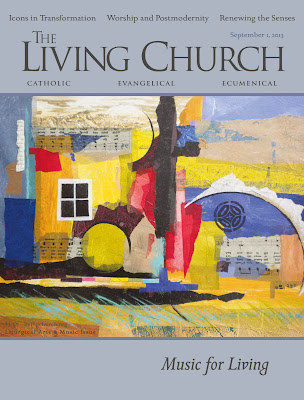 The Language of Vesture
Written by Peter Eaton
The Very Rev. Peter Eaton is the dean of St. John’s Cathedral, Denver, and a member of the Episcopal Church’s Standing Commission on Ecumenical and Interreligious Relations.
You can read the article here.

The Living Church is a very informative and worth reading newspaper.
Think about a subscription!
More information here.
um 11:04 AM 0 Comments

In July I wrote an article about
the Sombrero Arzobispal Lana.

Here some impressions of such a sombrero de teja mabe by
Mr Beltrán Medrano-Tomás, Madrid. 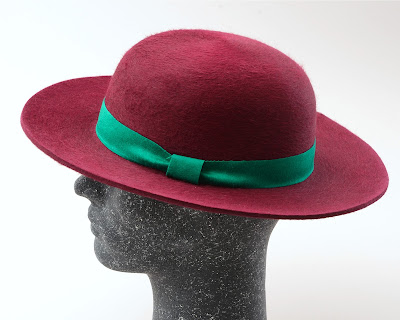 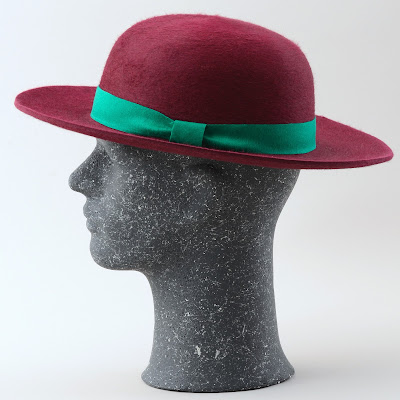 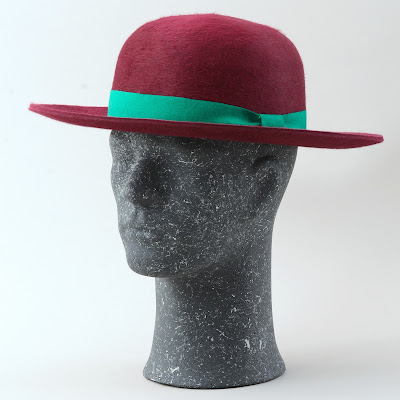 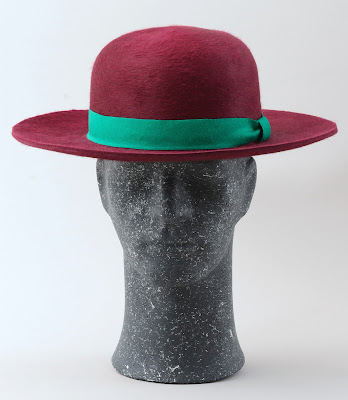 Josef Freinademetz and John of Nepomuk

During August I made some holiday in Ortisei, South Tyrol, Italy,
the home of the famous wood carvers. 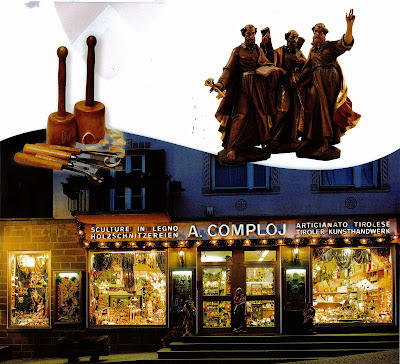 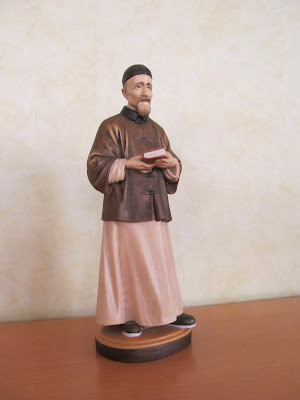 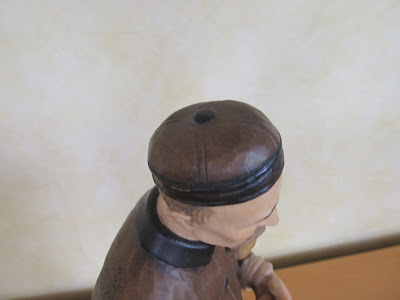 Joseph Freinademetz wearing his Mao-Tzû
See my article:
Mao-Tzû or the Chinese "小瓜帽"
I nearly every church in the Val Gardena you find a painting of this Saint. 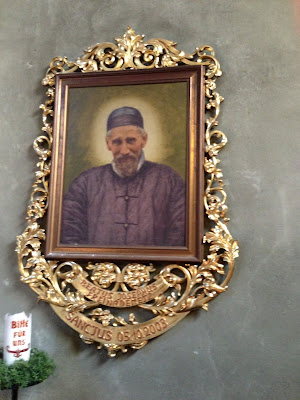 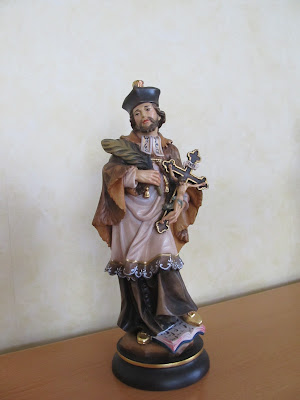 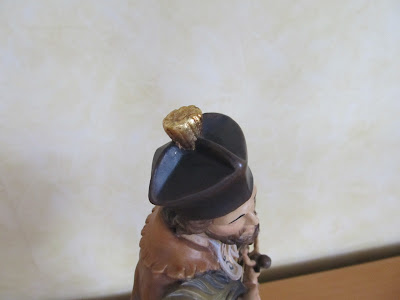 The wood carver did not carved the biretta in the correct way:
The left blade (wing, horn) should be at the back side.
um 4:36 PM 0 Comments