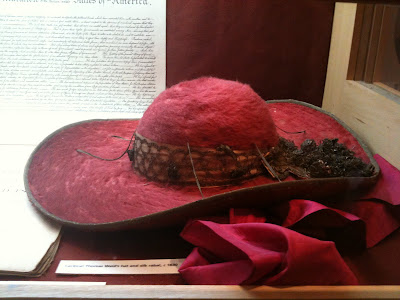 "This galero belonged to Thomas Cardinal Weld, who was the eldest son of the donor of Stonyhurst College. In 1796 he married Lucy Clifford, the sister of Charles Lambert Clifford, the first boy to reach Stonyhurst. They had a daughter, Mary, but his wife died when Mary was still a little girl. Once Mary was married, Thomas handed his estates over to his younger brother Joseph, and then in 1821 was ordained a priest.
At first he worked in the poor areas of Hammersmith and Chelsea, but then was called to Rome where he was created the first English cardinal since the Protestant Reformation. He spent the rest of his life in Rome.
he became known as the 'seven sacrament Cardinal' as he was one of the few to receive all of the sacrament."
© Father Bede Rowe