The Cappello Romano (Saturno) with Embroideries 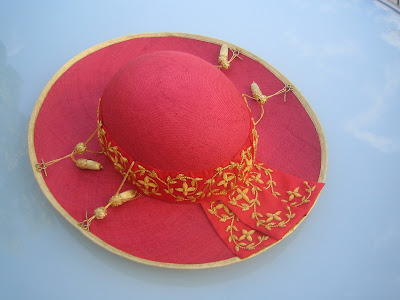 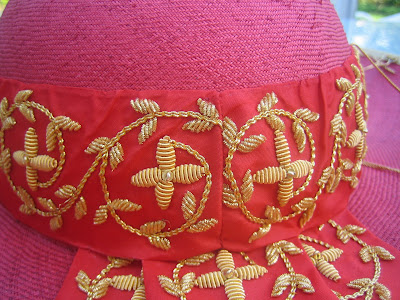 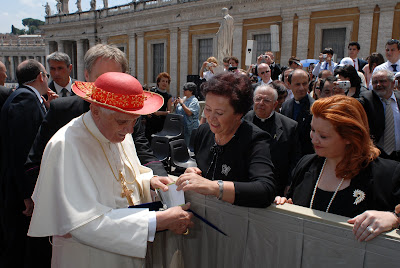 H.H. Pope Benedict XVI with his summer saturno, made of straw with embroideries of golden threads and boullion on red silk fabric, decorated around the crown of the hat.
On both sides of the saturno there are fixed 2 golden cords decorated with small balls and acorns.
If you would like to know more about this precious material the handmade embroideries are made of, visit the site of Ets. Carlhian, Lyon, France. 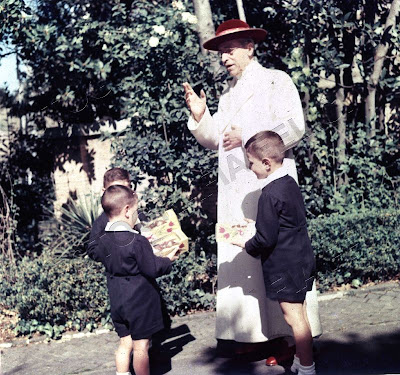 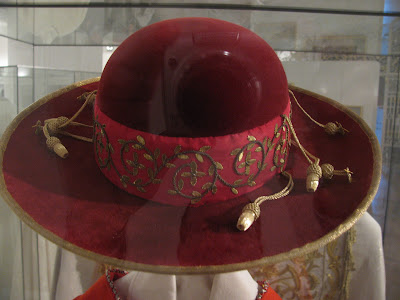 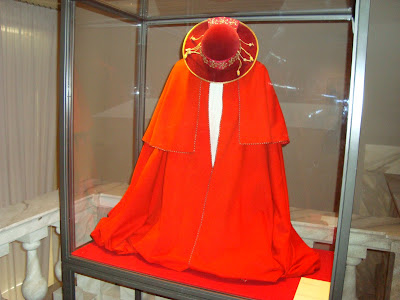 © Picture Orbis Catholicus
Saturno made of red felt worn by H.H. Pope Pius XII,
made by the workshops of Barbiconi, Roma

Workshop of the Barbiconi Company in the 1950's 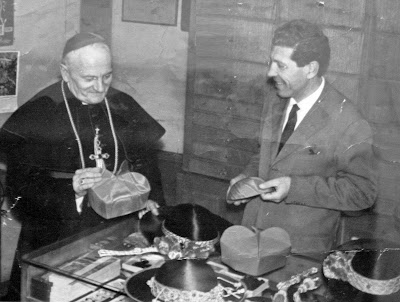 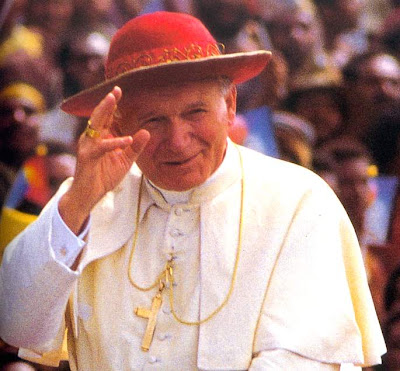 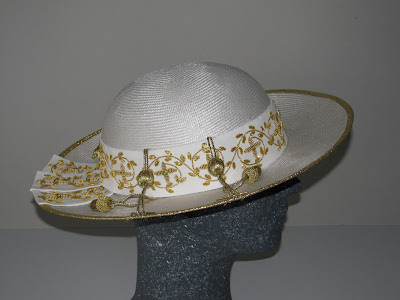 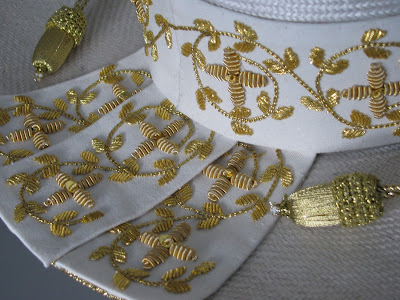 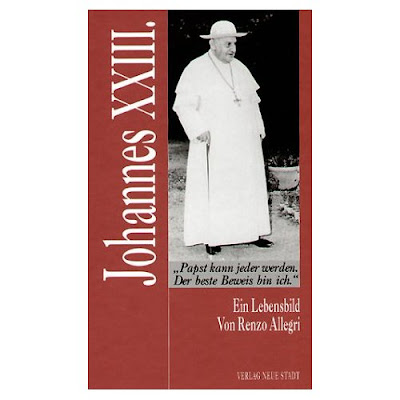 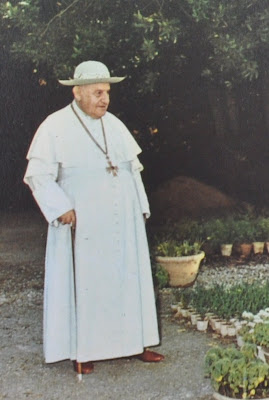 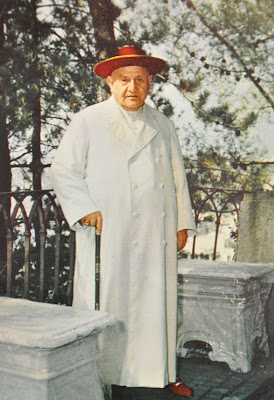 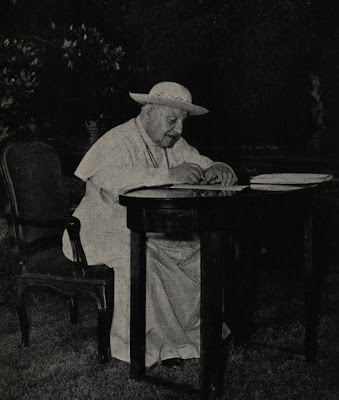 H.H. Pope John XIII with a saturno made of white straw with hand made embroideries 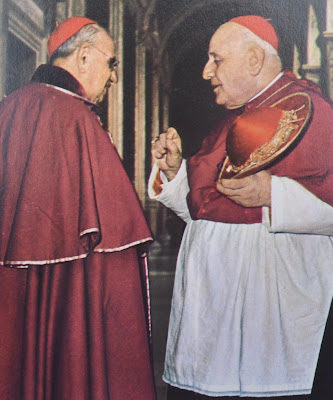 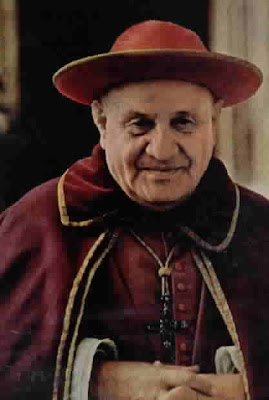 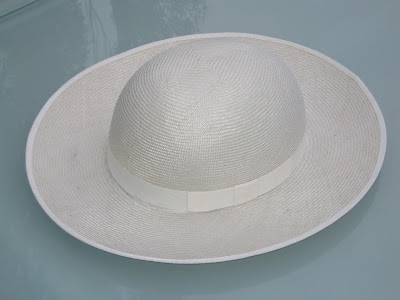 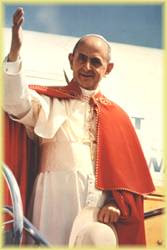 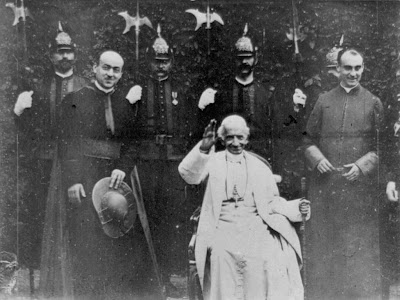 Pope Leo XII, 1898
The prelate on the left hand side holds his saturno. 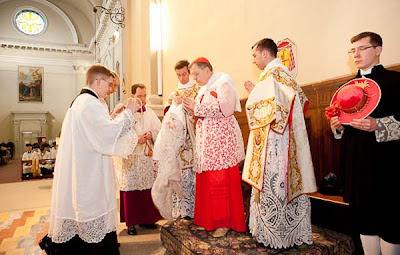 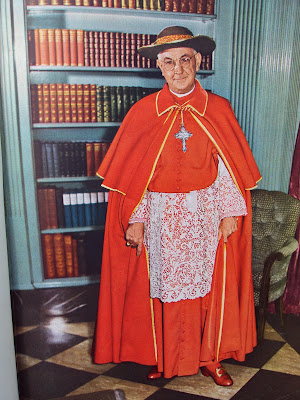 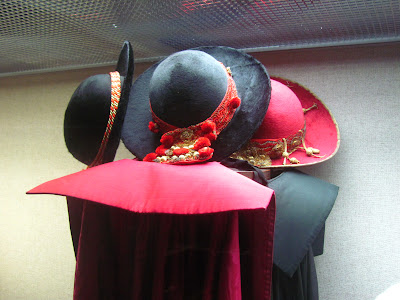 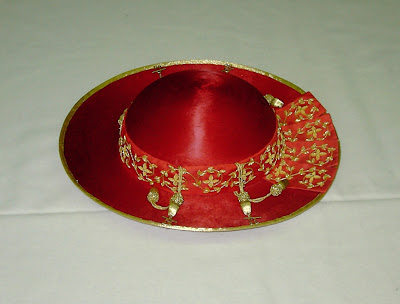 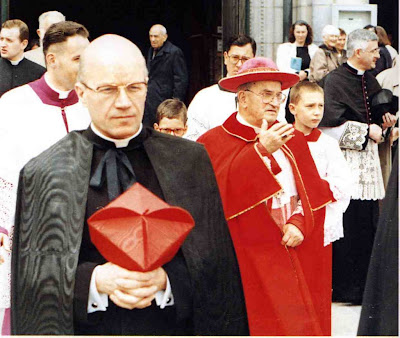 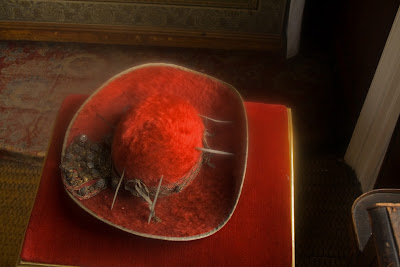 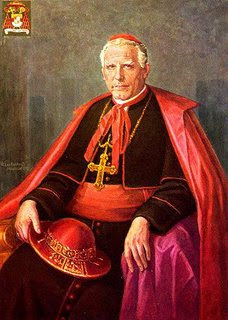 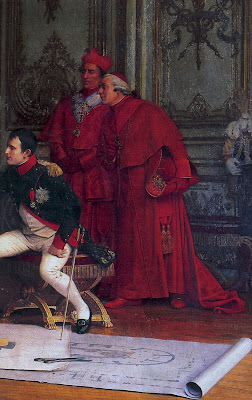 2 cardinals at the court of the emperor Napoleon

The right one holds in his left hand a saturno, maybe a tricorne hat 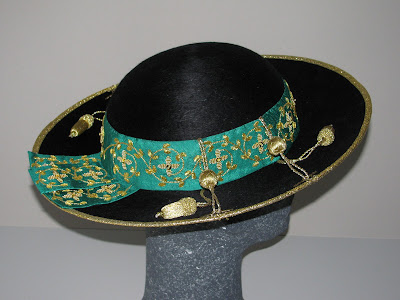 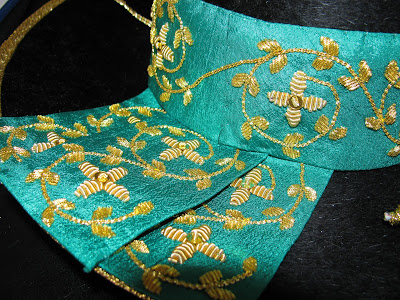 Saturno of an archbishop made of beaver hair
um 4:31 PM