Some Religious Hats worn by Buddhist Monks in Bhutan 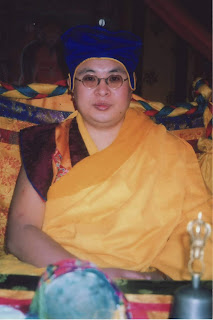 His Holiness Trulku Jigme Chöda Rinpoche, 70th Je Khenpo of Bhutan, is recognised as the reincarnation of Maitreya, the mahasiddha Saraha, Hungchen Kara, Kheuchung Lotsawa and His Holiness Pema Tsering. 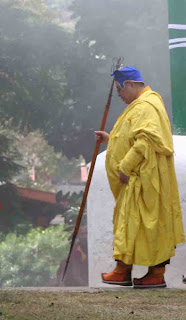 His Holiness Trulku Jigme Chöda Rinpoche, 70th Je Khenpo of Bhutan and the monks of the Central Monastic Body leaves for Punakha, their winter residence, in the month of November every year. 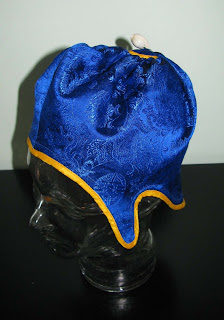 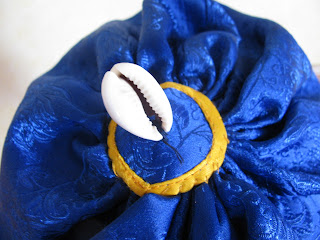 The Tendrel Uesham blue hat is only worn by the Je Khenpo, the highest rank Lama in Bhutan, when H.H. leaves for winter to the city of Punakha and for summer to the city of Thimphu. Only on this occasion the hat is used.
On the top of the Trendel Uesham is fixed a cowries shell which allows the soul to hide if it gets attacked and beset by demons. 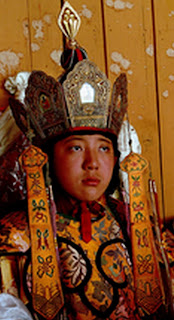 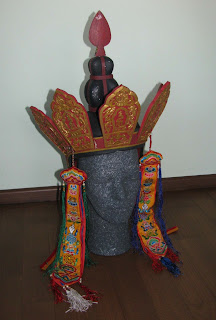 The Rignga Uesham Hat is worn by the head monk when performing Jingsey, a special type of puja ritual ceremony in order to purify the place, drive out the evil spirits and to bring peace and happiness to the living family. 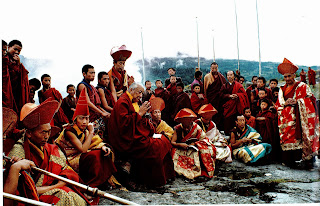 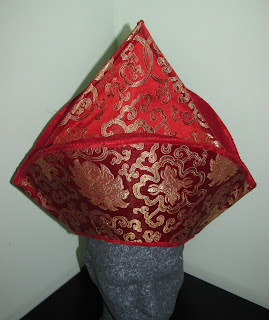 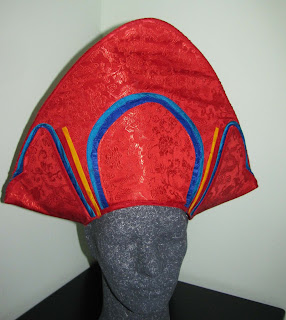 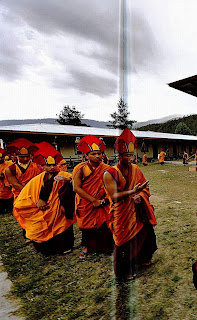 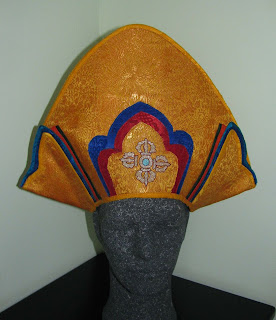 Gomsha hats are usually worn by monks during the ritual ceremony of a consecration of a house, marriage ceremony etc.
The monks beloning to the Nyingma tradition wear red head coverings (> the first 3 pictures), those of the Drukpa-Kagyupa school wear yellow head coverings (> the last two pictures).
The ornaments and embroideries on the hats varies. 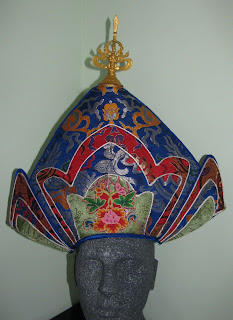